John must have been only thirteen when he designed and made a beautiful maroon velvet dress for his girlfriend, Betsy. Betsy had been diagnosed with a form of kidney disease and either the disease or the treatment or both had made her bloat and swell. She no longer recognized her face in the mirror. She “felt ugly” (as teen girls do sometimes). So John made her a dress so that she could feel beautiful. He was going steady with Betsy when I first met him, a fellow student at our hippie free school. 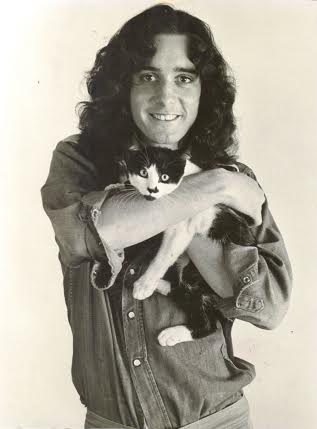 Empathy and kindness, and awareness of the healing power of beauty: that’s very essence of John, a bright being whose corpse was lifted from the floor of a canyon in San Diego, so very long ago. Always, his impulse was toward beauty and charm, but also toward secrecy. I believe he had to learn stealth, just as he had to learn the art of theft, in order to survive his mother. Though we shared so much, in many ways he was still so secret with me. Like sleeping with me the night before he walked over to that canyon with a water jug and pills, and left my life forever.

I left him sleeping that morning, leaving a note before I left for work, “John, please feed the cats.” I probably added “love you” but I don’t remember for sure. I came home to find no John, but catfood spilled all around the bowl, as if he’d fed them with great agitation. This was one of his last actions before he propelled himself into the arms of death, at the age of nineteen. There was no note left for me.

As I mentioned in my previous blog about John, I was seventeen and he was fifteen (just about to turn sixteen) when our romance began. Our official anniversary day was March 13. Now that I am letting myself remember, the memories are cascading. I have to write them down. I am well on my way now to becoming an old woman and his life has got to count for something beyond what I remember. I write now so that you can remember too, even if you never knew him.

Imagine two teenagers in thrift store glam, as well dressed as their poverty will allow, hitchhiking to Fashion Valley in the heart of one of San Diego’s main transportation corridors, to do what many teens do–hang out at the mall. 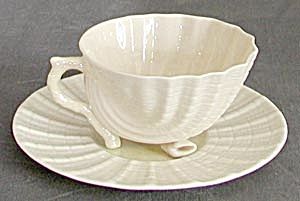 However, we were haunting the stores which sold Irish Beleek china and Waterford crystal, as well as the trendy boutiques. I still have a delicate Beleek shell teacup and saucer, a present from John (not stolen, as so many of his gifts to me were). I think we went to these stores so often because he was longing for his maternal grandparents back in Ireland, and their home apparently had a few such treasures. Those good people probably never realized the extent to which their grandson was tortured by his mother. I think that when he acquired such things for himself, or gave them to me, he was attempting to create a zone of psychic safety for himself, as well as beauty. So today my cup and saucer will go on an altar, as I light my candle for John.

So many stories are embedded in objects, and I still have many that are associated with John. There are those rose petals thrown from Mick Jagger during a concert John and I attended together. I was in a long, pink satin, bias-cut dress from the thirties (very Jean Harlow) and John lifted me onto his shoulders so I could see better. Mick pointed at me from the stage, knowing of course that he was just creating a vivid, life long memory for a fan. Later, he threw a huge bowl of rose petals, and John and I scooped them up. I still have them, in a tube.

And a lock of John’s hair. And beads and beaded handbags…And somewhere, a copy of his death certificate pasted into a scrapbook, because I could still scarcely believe in the reality of his death.

And yet I will confess, when I first understood (after the coroner’s visit) that he was really and truly gone, I felt relief as well as sorrow. All those years of repeated suicide attempts and mental ward stays, and all the other traumatic episodes–like the time I rescued him from a giant man who evidently meant him harm, by pretending that my father was dying and we had to go now!–or the time he crawled into the attic of the house we shared with one other person, and we didn’t know where he was, and perhaps he was trying to kill himself then among the spiders and rodent droppings, but then emerged a couple of days later, dusty and ashamed–those days were over now.

In my earliest twenties by then, I’d been trying to launch myself as an adult–going to nursing school, working as a sample librarian at an interior design studio–but the constant chaos of John meant that I could seldom concentrate long enough or ever be at peace. I couldn’t know my own mind or chart my hopes and life trajectory without knowing that sooner rather than later, another John crisis would erupt. I ended up dropping out of nursing school. I couldn’t handle all that time spent in hospitals during training, not when I’d just been with John in E.R. or the mental ward the night before. He was even in a coma once–and that thought that I, his girlfriend, had absolutely no say over what happened to him, but that his cruel mother did, nearly drove me insane with frustration and grief. Fortunately, he did awake after several days.

He punished his body and his mind wobbled even more. He told me once he was seeing little red demons, chanting “bones and blood, bones and blood.” The drano he drank ate holes in his esophagus. He ate a lot of ice cream for nourishment, as a result. He fell asleep on a couch with a cigarette and the apartment he shared with a lover was severely damaged. I often wondered if that was an accident or another attempt on his own life. By the time he ended his life, he was sharing an apartment with “an old queen” (John’s words) who was pestering him for sex but who approved of me because I used a “Diamond Deb” nail file.

But we shared dreams together in a warm bed on his last night on earth. And I never knew ’til later.

John, you left behind your cat Bernard. You left me behind, and many other grieving friends. Your little sister even took your name for awhile. And I believe you left behind a mother who was quite mad, and became even more so after your death. There are very few people I’ve ever wished would rot in hell, but I confess, she is the one.

The oddest part about this story is how I later drew upon the construction of our “second childhood” when I began to have children of my own, how I created fantasy magic and made stories for my children, as well as love. How they had a rich diet of books and beauty and food that was nourishing and outings in parks and museums. But behind each childish request for a treat from my own children, there was always the echo of John’s wistful request one day for pistachio pudding (the cheap kind, from a box)–a request I never had a chance to fulfill. I made some and ate it once, as a kind of penance.

It didn’t taste of ashes, but of synthetic mockery. And yet that taste had held pleasant significance for him.

Whatever karma brought us together, John, I hope it was completed in our lifetime. I am not sure I could bear a repeat of all this, much as I love you still.