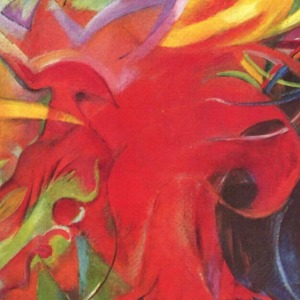 It’s December 28th. I’ve always felt that the week between Xmas and the new year is a strange, uncomfortable time, even if it is still technically the neopagan Yul. I can never “settle” into this week. Life is on hold. Everything seems like a waiting game and that’s even more true this year than ever before. After all, the Lord of Sadly Extended Misrule has decreed a government shut-down and “I’m…waiting for the Dems…” (sung to the tune of Velvet Underground’s “I’m Waiting for The Man.”).

It’s a liminal time, a liminal space, a between time. I’ve been emotionally and physically exhausted, living on Xmas breakfast leftovers (not wanting to go the grocery store), and spending far too much time in bed binge-watching Travelers, an utterly dystopian experience. I’m letting myself vegetate without guilt. It’s a form of spiritual composting. So with a mild “turning” of the composted dregs of this last year, I’ve done a little bit of psychic culling and a bit of forward thinking. Yesterday I even emerged from the torpor and resumed working on the novels again. However, I am doing so with limited expectations for creative production during the rest of the week, even though the making of art requires habitation of liminal states.

Here’s a quote from this article about liminal space and liminal states of mind:

You can define liminal space in several different ways. It’s talked about as a threshold, and indeed, the etymology of liminal comes from the Latin root word “limen,” which means threshold. Liminal spaces are transitional or transformative spaces. They are the waiting areas between one point in time and space and the next.

Often, when we are in liminal spaces, we have the feeling of just being on the verge of something. Liminal space is, of course, a literal space. And there are plenty of examples of physical liminal spaces… But there are also spaces of liminality in our mental states. This, too, is a type of liminal space.

This idea of spiritual composting is something I’ve snagged from Caroline Casey, the astrologer who hosts the Visionary Activist program on Pacifica radio stations. It’s been a helpful concept for years, giving a sense of appreciation and purpose to these strange, fallow “down times.”

During this liminal period between two major holidays, when I seem to belong nowhere in particular–certainly not to the same sense of family that I had a few years ago–that I appreciate (yet again) my patron deity, Loki. He is a spirit of liminality and “chaos” (creative chaos, the swirling source of all). If I remember to do it, I can offer up my sense of discomfort as well as the eventual growth that will emerge fern-like from the debris that’s scattered about, seemingly to little purpose.

Loki helps me to remember the heat that’s generated in a compost heap, when dregs and discards combine in a vibrant alchemy, cooking away the toxins and creating fertile soil. Promises lurk under the surface (just add water!). Eventually seeds will burst open and climb toward the sun through the muck, transforming the landscape. So it is with our minds and spirits.

So, in this coming year, I look forward to yet another cycle of pheonix burning and pheonix rising; composting and regenerating… It’s tiring, but with the help of my deities and ancestors, and Loki in particular, I hope to navigate 2019 with more heart, more courage, and more magic than last year.

Wishing you all well, in the coming year.