A learning curve, that is. Though I’ve been tempted lately to think of Loki as having a gentler approach to the “lifespan development issues” faced by us older folks, that’s an illusion. In reality, he’s tossing us about just as much as the twenty- and thirty- somethings. In many ways, our existence is as precarious as the millennials leaving their teens: poverty, lack of affordable housing, lack of employment, relationship and family issues, lack of respect…

However, I greatly appreciate his rapid-fire, “toss it all at the ceiling and see what sticks” approach. These days people show their qualities very quickly and as painful as that is in the moment, it’s actually great for a woman who has less and less time to waste on pointless drama and toxic relationships.

My biological clock is ticking–and it’s not a baby I’m expecting. Momento mori.

I’m in the process of jettisoning things right now: outmoded concepts of who I was; books and objects I’m not in love with anymore; acquaintances and colleagues who’ve been hanging around in my “Facebook friends” list but who never communicate (I just purged my list today); papers and crap I’ve been holding onto as “archives…” Who, really, will care? Except for my cats, and a few books, artwork, and family photos, I could actually travel lighter than I have in the past.

Only trouble is, there are far fewer safe (non-toxic) places I could land. But for now, I’m enjoying where I live, with clean indoor air and a degree of comfort not afforded to most of the world’s people. Do I know how lucky I am? Yes, I do.

Back to people and their qualities, though. And back to Loki.

He won’t let me stagnate. He won’t let me put my trust in people who are deceptive, competitive, dishonest, or otherwise toxic. It’s as if he’s an enzyme or a catalyst (“just add Loki!”). In his presence, the alchemies of personality and conflict boil, bubble, and froth. Perhaps what results will be palatable, perhaps not. Whatever happens will be the opposite of comfy or stale.

Understand, I give offerings to this god daily: cinnamon tea with honey in the morning (kind of like when I used to get up first in the morning and make coffee for my then-husband, bringing it to him while he stayed in bed), poems and prayers, conversation, and frequent sweets. I have a degree of trust in this patron deity that exceeds what I feel for almost everyone and everything (except my cats), but I also know that my trust cannot lead to complacency.

And so I ponder the latest fracas–an unexpectedly ugly outburst from another, and my own feelings of frustration, shame, anger, and the mental fluctuations of “what do I want to do about this, if anything?” My first impulse is always to simply leave–remove myself from the situation–but this time I think I’m being challenged to stay, and to also state my terms for doing so.

In the past I’ve fled abusive bosses and narcissistic lovers, and avoided personality disordered friends. I’ve left a hula halau (hula school) after an alaka’i (assistant teacher) yanked my arm without warning, while I was trying to learn some steps. She’d previously poked fun at my “duck feet” in class, in front of everyone. I walked off the dance floor and never returned. I’ve been “mean-girled” and “man-splained” and worse, and though I have a certain level of tolerance for human failings (even, sometimes, my own), I do draw the line at accepting insulting or abusive behavior. Or rather, my gut draws the line even if my mind wants to excuse or rationalize the person’s actions. There’s a very definite feeling from my enteric nervous system that says “no more.” It’s very final.

Armouring, warding… recuperating, reviving… these are important activities in my life. Sometimes they take all I’ve got. But with Loki’s help, I seem to cycle through my emotional reactions faster, arriving at whatever strategic measures I have to take to prevent a repeat occurence.

Loki can be a “pick your battles” kind of god, exits are okay but he can also urge a full-on confrontation, the scorched earth kind. Even “best served cold” can be fine with him. I am free to choose but it has to be a conscious choice. I have to confront my own feelings and failings, no matter what. It’s a liberating way to live even at this age. And yet there’s never a definitive answer to the existential question: “are we there yet?”

We Lokeans never arrive at a final destination. We are, in so many ways, forever in transit. We are always accelerating on the curve.

Hail Loki! We wouldn’t have it any other way. 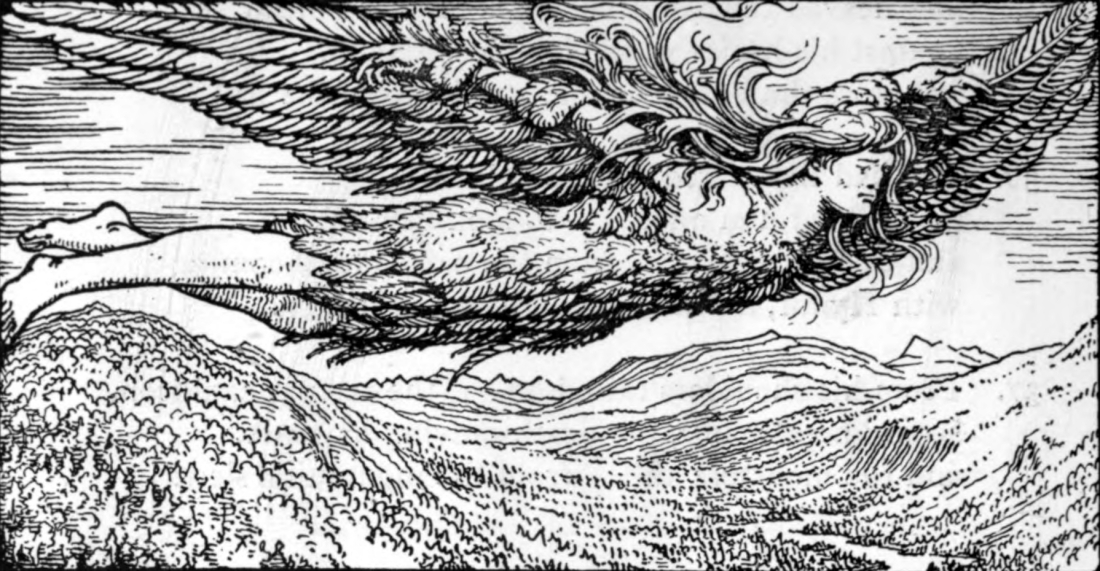 4 thoughts on “Loki: Acceleration on a Curve”