At the moment, life feels a little rough around the edges. Earlier today I was angered and triggered by a private matter. And I’ve got plumbing problems and a sick kitty–as well as the money problems that go with unexpected vet bills and plumbing repairs. Also, the “holidays” (some dreaded, some not) are just about upon us. I’m saying “yes” to Yule and Solstice (in a modest way) and “meh” to Xmas (except that I’ll see one of my kids on that day).

But no matter what’s going on in my life, Loki keeps me moving forward.

So on the positive side, I’ve worked on my novels almost every day this month (including the one that stars Loki as “Lucky LaFey). I’ve been teaching and updating my online course. I’ve been researching some new and exciting ideas for my clinical practice as well as my own personal healing. I’m also fiddling with my websites, including this one.

Since the sick cat has finally moved from its space between my chest and the keyboard, and his sister is keeping him warm on a blanket, I want to seize this opportunity to write about a fragment of the immensity that is Loki.

Loki. He/she/they/ze is positioned in my life very much as he is illustrated below by the brilliant artist, A. Skeith (see her Deviant Art URL below). A cascading river of life pours down a chasm in the mountainside, and he is liminally perched on a rock between the rushing waters. He is vigilant and aglow. He is poised, ready, and perfectly willing to prod me with that sharp, pointed thing he has in his hand. But between us, there is trust.

The other day I was able to tell a new friend about my relationship with Loki, including some of the more private aspects. I was nervous about the conversation, but my communication was not only accepted, but welcomed. I took a risk and it turned out well. Loki, who has been utterly merciless in quickly revealing the deficits of new aquaintances this last year, seems to take kindly to the friend above–a friend who seems to have a genuinely sterling character.

I have been surprised by the tumultuous, almost adolescent nature of this phase of life (60+ years). Once again I am–by virtue of my age–unsure of almost everything: my attractiveness, my place in the world and among people, my social skills, my economic prospects, everything! My body baffles me now, much as it did at puberty. When I was a teenager, I had a lot to say, but was often ignored. I still have a lot to say (hence, this blog) and nobody much pays attention. Once again, I am categorized among the dismissed and the disposable–simply due to my age. Loki, my future psychopomp (here’s hopin’), turns out to be a fabulous “Do not go gentle…Period!” guide and muse.

I look back at my life now–including a few rather brilliant conceptual pranks, some tricksy works of art and writing, and a sense of humor that seems to have been largely unappreciated by my former spouse and children. If only I’d known sooner that I was one of “Loki’s own”…I would have know better what I was about. And my poor ex-husband might have had some warning…(I’m sorry, I am! Lokeans aren’t the greatest wives.)

Loki is definitely the “know thyself” dude. But he also seems to like it when we retroactively recognize his influence in our brief human lives.

So when I look back and confront a teenage memory of drawing cows on large marshmellows (with a purple Flair pen), scattering them around La Jolla Cove Park, because I was pissed off that marshmellows were made with animal products… I see Loki was there.

And when I look back on dancing to the twenty minute Ramayana Monkey Chant from this recording, along with another stripper, at a seedy nightclub in San Diego, simply to  freak the club’s sodden patrons–sailors on leave and Broadway bums–I know Loki was there. (The Ketjak monkey chant starts at 16:24 into the video.)

And when I remember our 80’s punk rock fashion protest in Union Square (“We Have Proof the CIA Killed the Mini-Skirt”), I know Loki was grinning, though I knew him not.

And when I wrote a short story featuring all the names of Kentucky Derby winners, from the race’s inception until 1999, Loki was definitely a muse. I recognize that feeling of unholy glee! It’s an emotion I treasure.

So much in my past is made clear. But knowing that Loki is with me in the present makes it all so much better, even when clarity is painful.

Finally, his “Mr. LokiBot” message to me today is: 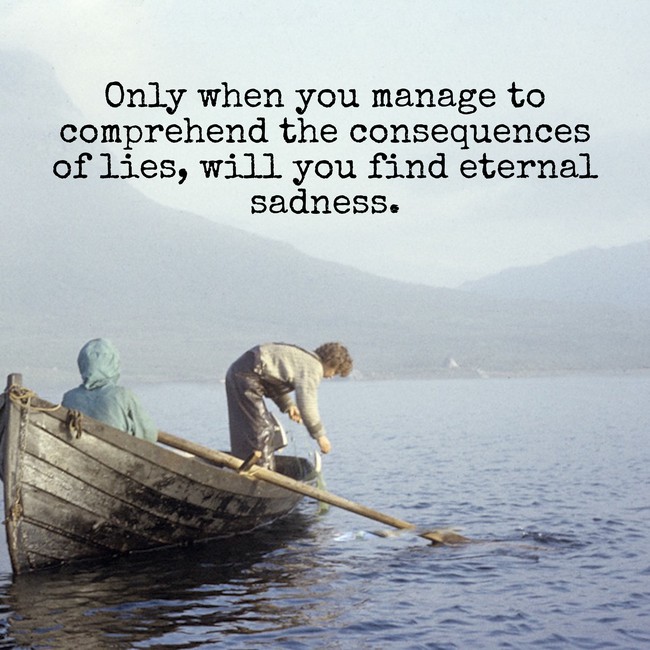 Thus sayeth the “Lie-Smith.” Ouch! That’s what I get for calling this blog post “Lessons from Loki.” However, I love and trust him BECAUSE of stuff like this. Is that so very wrong?

4 thoughts on “Lessons From Loki”