Living as I do in a chemically avoidant “bubble” (meaning I stay home most of the time), I confess to some envy of those who move freely amongst the populace without gasping for air or succumbing to unpleasantly dizzy brainfogs, making a swift retreat and bedrest a necessity. However, the people I envy the most are not those who casually sashay through the detergent aisle of the supermarket (though it would be nice, as cat food is always across the aisle from the really awful smelly stuff), but those who are right out there making outrageous stuff happen–art, music, revolutions, burlesque, whatever!–without getting sick.

Life is not passing me by–I get stuff done. I write. I teach. I create. I sometimes help people from afar. Sometimes I see friends or my kids. And I am in life-long service to cats… But I confess to an occasional vicarious fascination with people who puncture the norms in the outside world. I like to watch them do it (yay for the internet) and I cheer them on, also from afar or in the comments section of a YouTube video. My all too active imagination performs a sort of recombinant conceptualization of a world that doesn’t exactly exist, but that I would like to join. My favorites are all there. I won’t name them here but their music, performances, art, and words remind me there is more to living than the interior of my house.

Sometimes I conjure, then cut and paste their attributes into characters in my books. For example, my “Ornamental Hermits” and their magic companions are partial composites of the outrageous “friends” I’d like to have over for tea and magic rituals. Since there’s no way to socialize in the real world, I set these characters in motion against real estate developers and supernatural bad guys. Sometimes these characters fall in love with each other, which is often a surprise! And on the real world stage, similar things are happening. We (the arty, the weird, the transgressive) stand opposed to the truly monstrous and cruel, but we haven’t yet morphed into a global fellowship, combining our powerful energies and visions into an unstoppable force for renewal and joy, for sex and life, for art and transformation. Perhaps we never will.

I can only sense the pulsations, observe from the sidelines, and stir my witchy “thought potions.” My “wicked fascinations” are ingredients added to the creative cauldron. I stir winks and shimmies, a puffy clown suit button, swear words and sass, tears of anguish, shouts of triumph, a blackened eye, the sweetheart who died, and a pair of sequined pasties, into my brew and serve it up hot–or cold–as the writing demands.

And then I exhale over the simmering stew and invite my spirit companions to do the same, charging the mixture, bringing it to life. Thought forms emerge, pledged to carry my vision into the places I cannot visit in the flesh. They go forth in books not yet read. 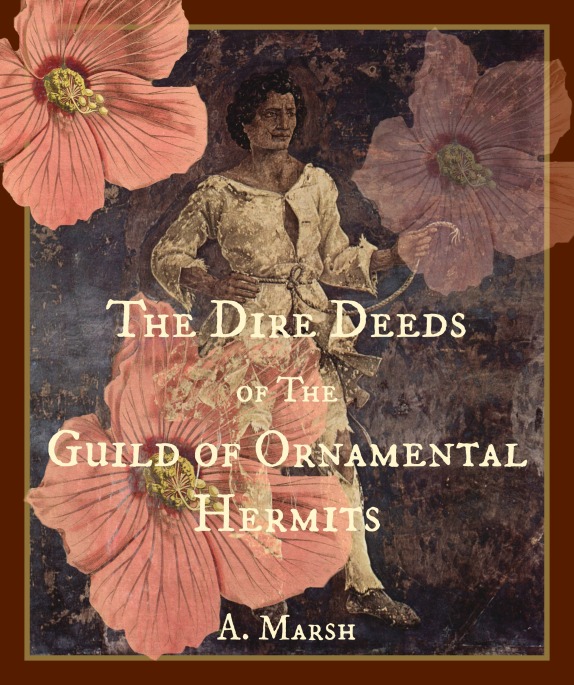