Fireplace Altar: The only place in the house where candles are lit and incense burned. Features a glass of water offered to the ancestors (since I’d packed up the Ancestor Altar a few weeks ago, thinking I’d be moving). Candles from right to left: Gerda, Freyr, Loki’s red pillar candle, Brigid, Bastet, Freya. One ancestor and two servitor tealights in front. 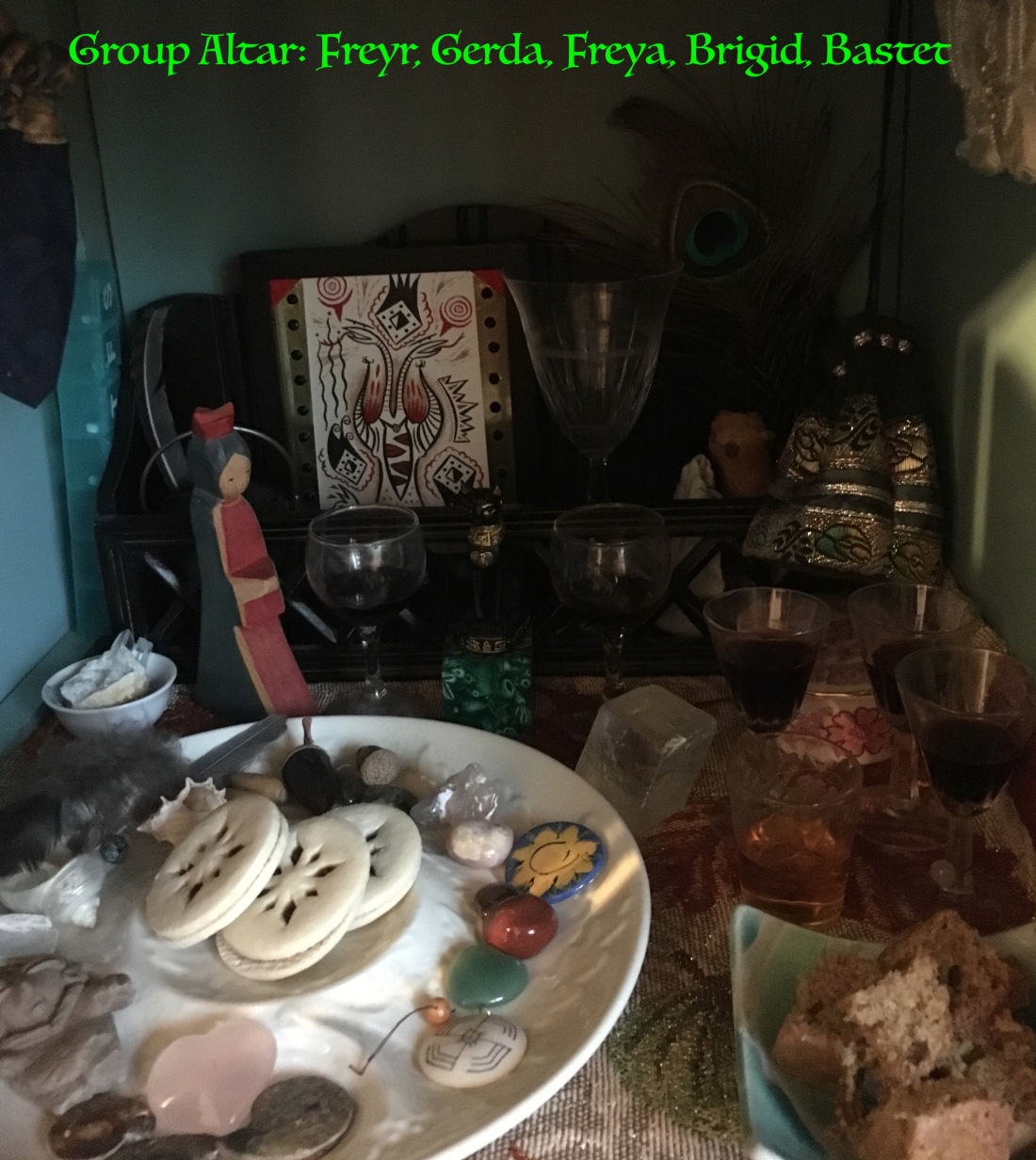 Group Deity Altar: Offerings of wine, cookies, and cinnamon bread to Brigit, Bastet, Freyr, Freya, and Gerda–and a glass of whiskey for Odin (as a courtesy). Painting of The Conjurer by Disasterina in the background. 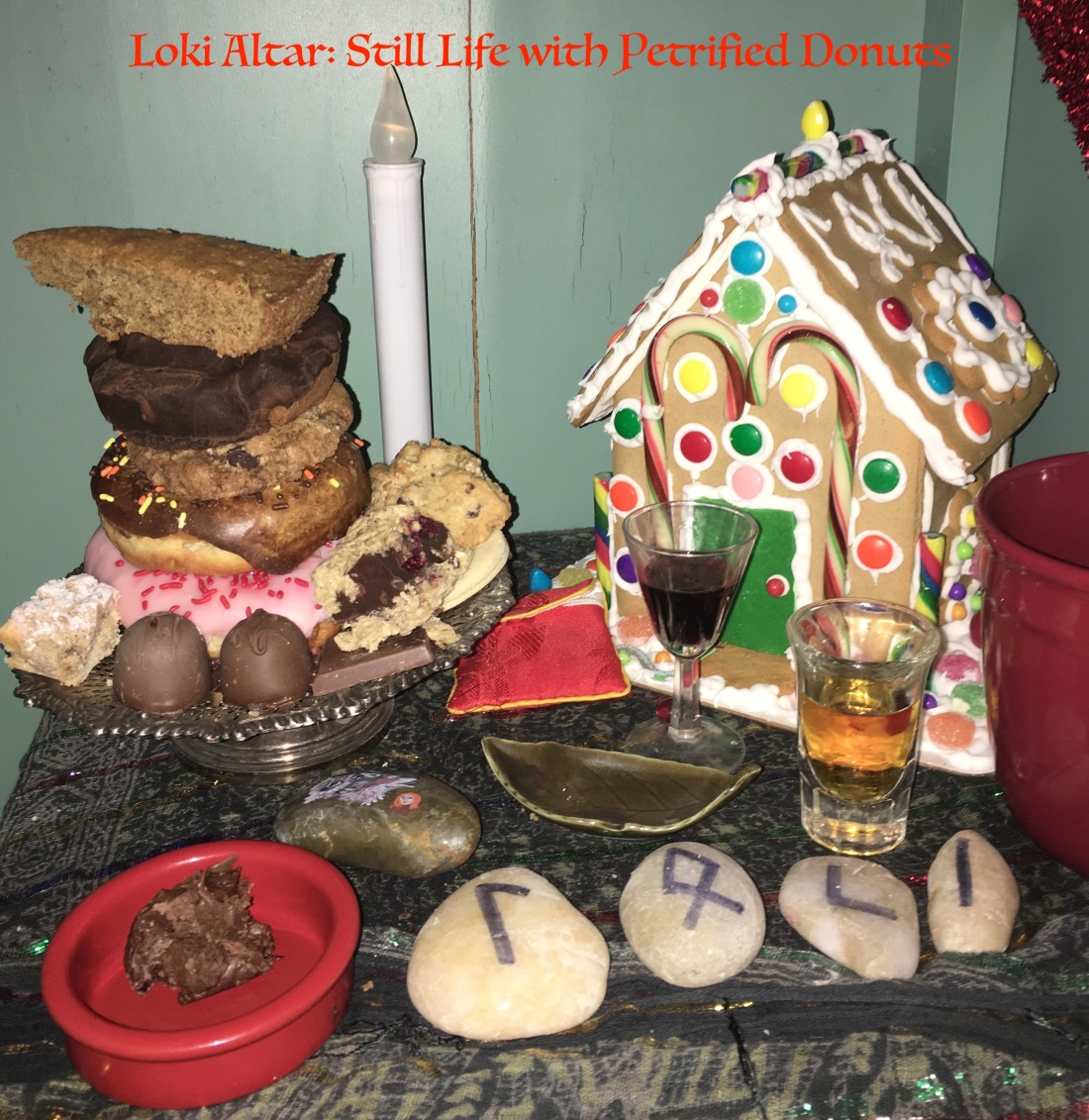 My statues and drawings of Loki were packed a few weeks ago, when I thought I’d be moving. What remains are some ritual objects along with a stack of hardening donuts (fresh supplies difficult to obtain due to “shelter in place” restrictions), a dab of Nutella, and glasses of wine and Fireball Whiskey. Also, the daily cup of cinnamon tea. As for the gingerbread house, this is an offering that has greatly delighted him–and he is much attached to it. It stays on the altar all year long.

The artificial candle in the back has been running literally for months, 24/7, on one battery that has never been replaced (ordinarily, it should have exhausted itself in ten hours of continuous use). Every now and then it dims, and then I mention it to Loki and it suddenly “recharges.” I am not making this up! I am reminded a bit of Thomas Pynchon’s “Byron the Bulb”from Gravity’s Rainbow–is this a manufacturing miracle or something more? Who am I to argue with mystery?

The above altars are focuses of a practice which is now becoming daily again. Some daily elements have always been consistent, others not so much.

Thanks to no longer having a roommate and to now living alone, in Covid-19 lockdown, I’ve been able to establish the practices again without distractions.