This date snuck up on me. I knew it was coming up “sometime soon,” but honestly, in the flurry of the last two weeks (don’t even ask!), I’d plumb forgotten. I only just realized it today. But how, you might ask, does one forget anything having to do with Loki?

Well, because humans just do that, sometimes, and I’m no exception, and it’s been an unusual time in Midgard lately. And I think the old powers, like Loki–or even, especially Loki–can understand when we loose sight of temporal dates. I have a feeling it would be worse if I forgot his morning offering of cinnamon tea (which I never do) or the weekly offering of a sweet (ditto), because consistent, daily attention seems to be more helpful in cultivating preternatural relationships than observing annual special events.

Nevertheless, I mark this day as significant as one does not lightly oath oneself to a deity, particularly one as complicated as the Norse Loki. And though I didn’t do this lightly, I did it fairly quickly. I was all in within a couple of months of interaction. I’ve never been sorry about it, either. Nothing would have been gained by waffling and waiting.

So what does it mean to me, to my life, that I am oathed to a fiery, shapeshifting, gendershifting, trickster deity? Well, he is the focus of acts of devotion (offerings, prayers, chats) and acts of service (they vary); but I also have a feeling of kinship. There’s a kind of reciprocity and caring that takes place, and a commitment that can be worn lightly even as it goes very deep. I am not sure I can explain it, but I find it very grounding. This interaction can also be described in opposite terms as creating feelings of “unholy glee” and a sensation of “tripping the light fantastic.” For me, Loki is a “Lord of the Dance” as well as a psychopomp; a deity of kundalini energy and witchcraft as well as a spirit of hearth fire. Creator, destroyer, mischief-maker, and (lest we forget) a donut gourmet…

Finally, this Swedish publication arrived yesterday, just in time for me to put it on Loki’s altar. A blog of mine, “Loki the Loving,” was published in it. I am pretty tickled about this! Thank you to the editor to asked to use this piece, and then translated it into Swedish! 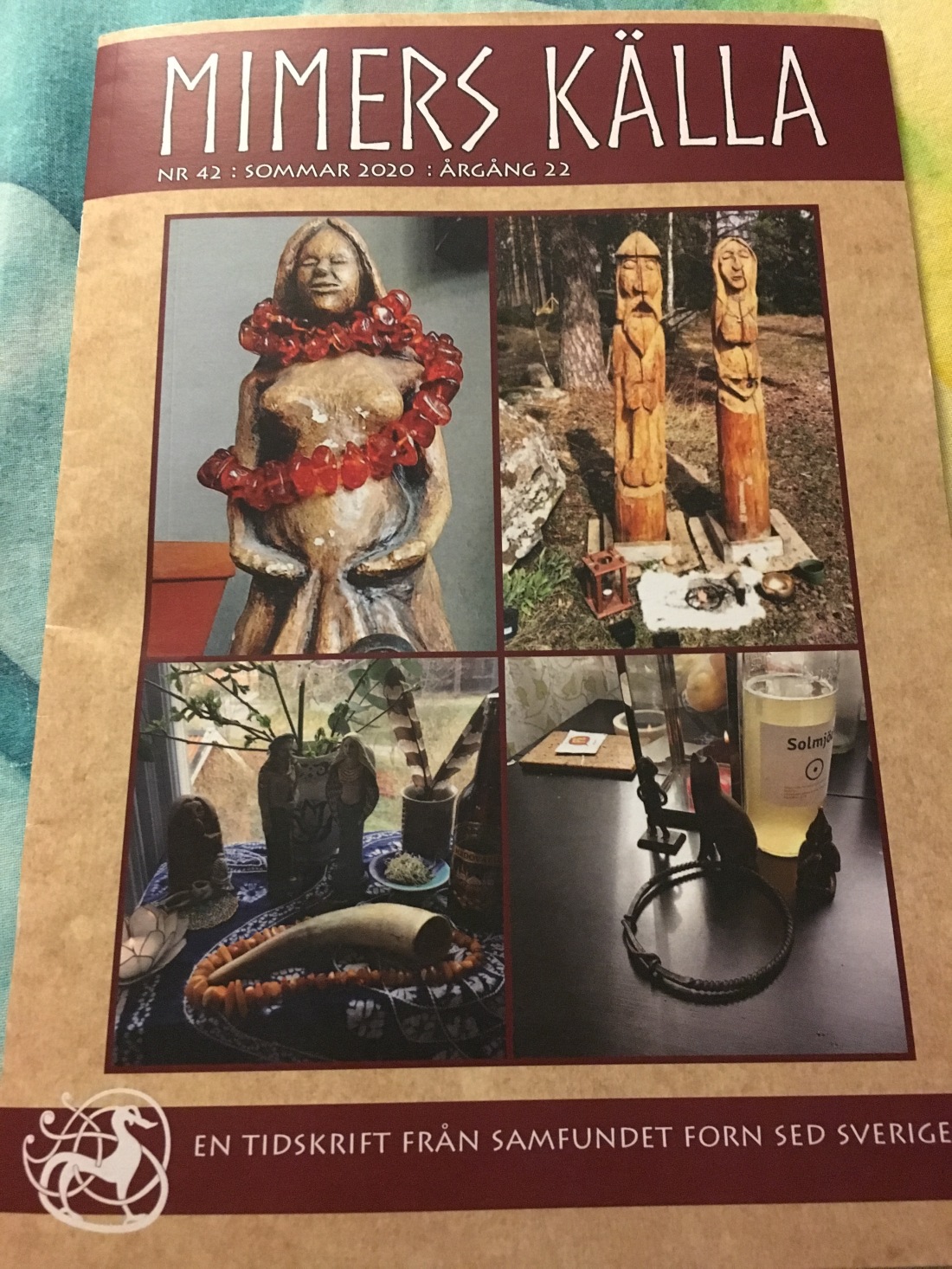 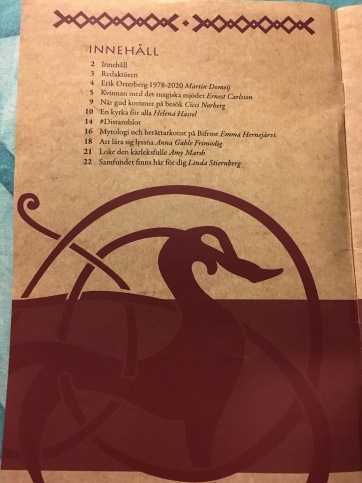